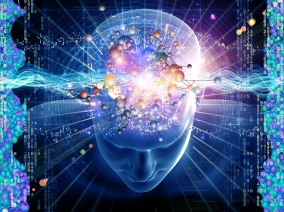 Sometimes I wonder why I can’t stop all this burrowing into the bones of thought (as I like to think I’m doing).

But that’s when I forget what I love. I love feeling those bones, the hidden, labyrinthine structures supporting our simplistic surface consciousness. And I love encountering my own shocking assumptions, the ones I didn’t even realize I had until I started fumbling around among those bones.

Then I write about those encounters with my own stupidities as a way of leaving breadcrumbs, I suppose. Because the encounter is never complete, it’s only the beginning of something much more profound. So I’m pulled back to the labyrinth, often against my will, because it’s damn hard work, and not always immediately pleasant. But there’s really no choice, because this labyrinth is who I am, and there’s no escape. And when I stop trying to escape the labyrinth, I see its beauty and that’s when I start ciphering out the aspects of my own assumptions that remain a mystery. There’s always some portion of myself down there I hadn’t known. A part of me that is active unconsciously, driving me softly mad. I love all that tremendously. I love facing reality no matter how hard that might be.

But I think it’s not really a spectator sport and wonder sometimes why I put this on paper for readers to chance upon. Why not just meditate all day and learn, without the tremendous struggle involved in bringing these perspectives to “paper.” I don’t know. And that not knowing makes me want to ferret it out. Because I sense a meaning there, a reason that seems significant. I love this sense of something hidden in the fog. And there is no me, really, just Us, though many won’t agree. I see this, nevertheless – it’s one of the visions down there among the bones. These are not my bones, but the bones of human consciousness, the supporting assumptions of what passes for conventional reality.

Admittedly it’s a tangle of bones at cross-purposes, in disagreement, leaning in opposite directions. But these are the deepest structures of consciousness, the structures we take for granted, the self-consciousness we believe is simply a fact of life. Down here you can see that it’s only an assumption we’ve never questioned. No one comes down here too often. And it’s a remarkable place. The removal of any of these bones changes the world. Think how it would be if you did not feel self-protective at all, and had no isolated sense of self, and no perpetual voice badgering you all day in your head. These elements of life that we take for granted are not facts of nature, but behaviors stemming from the unquestioned dogmas that I’m calling the bones of thought.

And there’s nothing more satisfying to me than feeling one of these assumptions dissolving under a direct encounter.

It gives me the impression – whether delusional or not I’m not sure yet – of real work being done. Of something changing, a kind of alchemy in meaning. Delving into the hard bones of our certainties and feeling them transform into a fluid of shifting perspectives, where vast new worlds are hidden. Here meaning and relationship (the shape and feel of being alive) endlessly shifts, like a churning of subtle colors, whose wavelengths extend beyond our range of perception. To live in tune with this flux of form is to live in a state of self-transparency. A kind of accidental meditation.

From another angle, these hard structures of certainty are my innermost, personal idiocies. This shared structure is oddly personal. Personal to me and you. These aren’t abstractions, but how it feels to live. When I hit one and it dissolves, then the whole structure that grew from that “spinal” assumption falls with it. And it falls for you too in some sense, even if you’re not with me entirely. Because these bones are yours and mine.

Then it’s “as if a magic lantern threw the nerves in patterns on a screen”. All the patterns of behavior, and all the social implications that stemmed from that dying assumption, light up like supernovas and go poof. A beautiful, clear absence of compulsions is left behind, a freedom to see without the blinders of old pathways. And I feel a new being taking form,  a swifter being who shifts with perspectives and never feels intimidated by his own idiocies, because he has lost his sense of self. It’s not me. Perhaps it’s the earth itself finding a voice. I mean that literally. Planets may be the ones that are aware. After all, this is all part of the great creative momentum of the earth itself, growing from mineral to primordial soup to dolphin. This whole shape-shifting life is finding meaning. It’s not me and it’s not you. It’s a very personal Us.

Right now I’m so jazzed by refusenik (negative) uprisings in various parts of the world. Here in the Finger Lakes, where people are blocking access to gas storage on Seneca Lake. And the increasingly dramatic stand that Standing Rock Sioux people are taking in North Dakota.

To me, negation is learning to stop participating in all the overt and covert self-destructive, schizophrenic practices injuring our living body, this earth. This participation is a bewitchment[1], an enchanted sleep, but self-incurred, as Kant noted. Not participating is incredibly difficult work, because our participation in this destructive sleepwalk is, after all, tacit, invisible, and habitual.

Therefore it’s not enough to merely tell ourselves to stop participating, or even to try to stop. We awaken when we begin to notice that we’re dreaming. That’s why the root of this enchantment is probably the mantra that we need to “do something” to awaken. Our efforts to awaken merely lure us into participating in the schizophrenic drama of the dream even more. The schizophrenic drama between the “part of me” (the better angels) that wishes to awaken, and the “sleeping beauty” within. A divided, conflicted dream like this can’t awaken us. The delusion of separation lies buried in these active intentions, like poison in an apple.

And noticing these reflexes and exposing these active assumptions goes well beyond merely “having knowledge” of the problem (which is still another dream). I’m not trying to write essays that transmit knowledge. What I’m trying to do – and I don’t know if it’s possible, and perhaps I’m too full of myself, but I don’t care — is undertake an alchemical operation on the tacit structures of philosophy that keep us all participating in the drama (aka, the “dreama”).

I can’t help overstepping myself, puffing myself up now and then. I’m no longer ashamed of these excesses of ego, these obvious mistakes. So allow me to give myself airs for a moment and call what I’m doing “alchemical writing” – writing that works on the hard rock of certainty, breaking it to pieces until it transforms into an open-ended and indescribably direct relationship with meaning. These are counter-charms – verbal disentanglements of the verbal knots of deadly conventional wisdom that have enchanted us. So I’m not providing direct meaning, but only removing barriers to a fuller immersion in life, which is direct, but which lies “off the page”. Everything meaningful happens between the lines, off the page.

I’m not addressing you, in other words, though you are inseparable from this. I’m addressing the structures themselves. I’m working on them, for what it’s worth, and it may be worth nothing. It might simply be that something is already changing, and throwing these letters on a screen is just one of its effects. Entirely useless, but a shout of joy nevertheless.

I feel that alchemical writing is more feminine in spirit than masculine. However, masculine energy plays a role. Masculine energy is employed here to deconstruct the hyper-masculine worldview that has come to dominate everyday reality. It wrestles into submission the narrow-focused, utilitarian, objectifying, zoom-lens mentality of the male, which still dominates a wider, peripheral, and essentially feminine perspective. It restores a healthier balance between male and female perspectives (direct and peripheral visions), where the female is slightly more powerful than the male. That’s because the wider vision includes the narrower vision, but not vice-versa. When male and female are in balance, male energy is a workhorse for the whole, the feminine. In my opinion, our earth is being destroyed because the male perspective now seeks total domination, without regard to the whole.

Here is where I should stop. I have other breadcrumbs I need to leave for us. There are so many glimpsed but not yet absorbed perspectives that have immense implications for daily life. The assumption of a need for controls is not yet fully realized, and the importance of a distinction between form and structure can’t yet even be mentioned until I find a way of showing why this distinction is significant in daily life.

But now is not the time. And this connection to practical living is vivid to me but so hard to show. I need time to explore all this further in silence. Somehow this is all very urgent, but also not a rush. Odd. Our daily life, our sense of reality, is coming to a swift end. The environmental catastrophe is here. But in order for the direct relevance of what I’m yapping about constantly to become clear I have to verbalize a way into the labyrinth of bones, and this will not be simple, even though I want it to be. It might be that I’m simply not smart enough to make it simple. Or it might be that people sit back too much on their haunches and want things delivered to them in easily digestible bites. And alchemy is not like that. It demands something from you.

[1] I highly highly recommend Leslie Marmon Silko’s novel Ceremony. The novel steps off the page and works to heal that bewitchment directly. A perfect example of “alchemical writing”.

This site uses Akismet to reduce spam. Learn how your comment data is processed.