Kant described that “pathless land” (that “negative geography”) as a freedom to speak for oneself, trusting one’s own intelligence. And this implied that science at its best recognizes that its theories remain shadows on Plato’s cave. At its best science is attentive to deviations from what is believed to be real. And not in the way Karl Popper conceived of falsification, which is still reductive in its quest for a perfect theory. But rather, at its best science remains alert to what is “false in the true, and true in the false”, as Krishnamurti phrased it.

Creationists have an especially hard time with this. A mentality alert to anomalies in what is true and false doesn’t have a vested interest in defending its stories. The theories of science are not weak because they’re perpetually changing. They’re intended as provisional sketches of a universe wildly erring from anything we imagine. Or as the physicist Hans-Peter Dürr phrased it, “Science also speaks only in parables.” END_OF_DOCUMENT_TOKEN_TO_BE_REPLACED 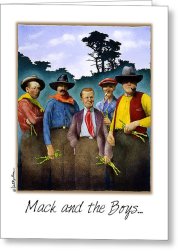 This appeared on Counterpunch and Dissidentvoice.

The same relentless energy driving a toddler in its Terrible Twos still drives that voice in my head. However, when I see a toddler, I know I’m in the presence of a genius, albeit a naïve one. It’s not the size of the intellect, but the velocity of learning that describes its intelligence. I, on the other hand, tend to move in well-worn circles, constrained by prejudice and vested interest. I’ve learned to “circle the wagons”, so to speak, around particular conclusions.

Essentially, I’m what happens when a toddler’s unstoppable urge to learn gets diverted into supporting a predatory status quo. Open-ended learning gets replaced by a narrowing framework of instruction as the driving force; and a dawning sense of some innate order or intelligence in the world gets short-circuited by dependence on authority and by conformity to the culture’s creeds and isms. END_OF_DOCUMENT_TOKEN_TO_BE_REPLACED