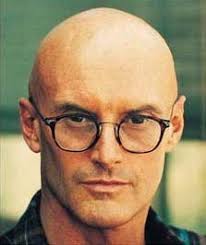 Ken Wilber likes to say that every stage of human psychological or spiritual growth “includes and transcends” the previous stage. We don’t lose our capacity to access earlier stages of development; and we don’t reject those earlier stages as “wrong.” We see the logic that drives earlier stages and can operate within that logical framework whenever it’s necessary.

He also seems to imply that growth is a gradual diminishment of ego as a driving force. A wider and wider horizon of empathy accompanies each stage of development.

This vision provides the impression of a kind of winding stairway or double-helix of personal progress. Each step in this stairway represents a certain leap from one set of assumptions or “action-logics” to a new and more encompassing set of assumptions. But all in all this “inclusion and transcendence” represents a gradual growth.

There’s nothing wrong with seeing things in this way, even if the emphasis on inclusion and transcendence seems incomplete to me. Rather than saying we “include and transcend” each previous stage, I’d prefer to say that transcendence of previous stages involves inclusion and shedding or sacrifice (the positive and the negative). Because in every stage of development (whether from 1st grade to 2nd; or from an ethnocentric to a more interconnected vision) fundamental assumptions driving previous stages are lost or negated. This is far more significant than inclusion. Inclusion is simply what remains by default after certain fundamental beliefs are sacrificed. The real change occurs via negation or sacrifice of old beliefs. Negation removes a layer of confused mud, leaving the vision a little more cleansed and wider in focus. What isn’t removed is still (by default) included in the new vision. END_OF_DOCUMENT_TOKEN_TO_BE_REPLACED